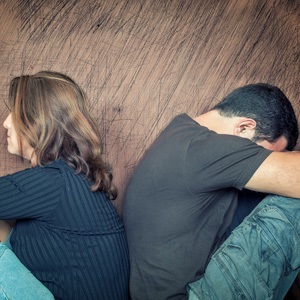 A Pretoria mother was sentenced to thirty days imprisonment, suspended for five years, for contempt of court after she denied her ex-husband access to his child, according to IOL.

The sentence was suspended provided that the mother allows access to the child, in accordance made with a court agreement previously made with the child’s father.

Leave the kids out of your fight!

The judge said that he would not allow divorced parents to use children as pawns, and that the previous arrangement- that the father could see his son every alternate weekend and on holidays- was a legally binding agreement. The mother had reneged on this, saying to the father that the child, aged three, was too young, and that he could only see the child when the boy was seven years old.

As she had signed the divorce settlement, she was obliged to stick to the agreement.

‘My ex is using maintenance to control me’

The judge is quite correct in noting that parents often use children as pawns in the case of non-amicable divorces. Of course, access to children for both parties is an agreement which is viewed as entirely separate from agreed maintenance, another frequent bone of contention.

As part of the divorce agreement, the lawyers involved will draw up the document which lists how any minor children will be cared for in terms of a financial commitment and then also the specific times the secondary parent will have access to the child.

Unfortunately, divorce may be extremely emotive and one party may withhold maintenance to punish the other or refuse access to the child. Both of these strategies are damaging to the child; on the one hand the child should have access to both parents and, on the other, the child has a right to be supported in terms of food, a place to stay, clothing and an education.

No blacklisting for maintenance defaulters

Another recent ruling from MPs stated that parents that default on maintenance will not be blacklisted as this would have an impact on the child, reported IOL. The reasoning being that the money it would cost the defaulter to have the blacklisting removed would have gone to maintenance.

It’s clear that the courts will rule in favour of the child wherever possible, as the court has an obligation to protect these vulnerable members of society.

If only parents could set aside their emotions they’re feeling towards each other when splitting up and consider what’s best for their children, these kinds of cases would be far less frequent than this. One only has to visit the family and maintenance courts to see that, too often, children have become pawns in the destructive chess game of divorce.

Divorce and the guilty parent

How to explain divorce to children

What punishments would you recommend for either maintenance defaulters OR parents that refuse access to children?

2,387 thoughts on “Mom’s jail sentence for refusing access to child”