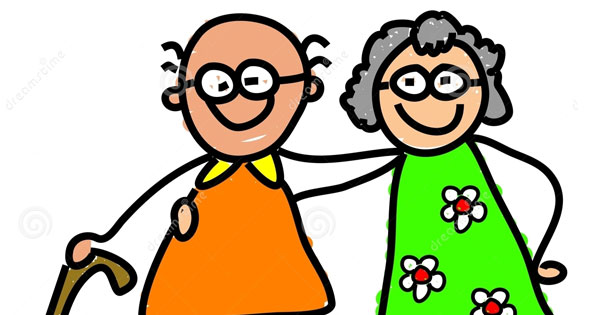 [1] Louis Heuer and his wife, Jeanette Heuer, seek an order allowing them access to their six year old grandson, J D H-A. J was born out of a relationship between the Heuers’ deceased son, D, and the respondent, Lee-Ann Elizabeth Bruce-Alexander.

[3] It appears that during June 2006, when J was about six months old, Lee-Ann had initiated contact between him and the Heuers. The Heuers thereafter had regular contact with J and he soon started to spend weekends with them. This arrangement continued until December 2008, after J’s third birthday, when Lee-Ann abruptly stopped it. Despite various attempts by the Heuers to convince Lee-Ann to allow them to see J, they have not had any contact with him for the past three years.

[4] The Heuers appeared to have been desperate to re-establish contact with J. After their other son, Hayden, died of renal failure, they joined an organisation for bereaved parents, namely Compassionate Friends, and had requested members of the group to appeal to Lee-Ann to allow them contact with J. These attempts however all came to nought.

[5] The Heuers state that they wish to be involved in J’s care, well being and development, and are keen to support him in all aspects of his life. They aver that a close bond had developed between them and J during the period of three years when they were allowed to see him on a regular basis. They now wish to re-establish that relationship.

[7] Lee-Ann has opposed the application on the basis of an assertion that it would not be in the J’s best interests to re-establish contact with the Heuers. She avers that the initial contact with them had resulted in numerous problems which convinced her and her husband that further contact would not be in J’s best interests. J’s visits to the Heuers had put strain on the relationship between her and her husband. The Heuers had allegedly told J that her husband was not his real father, that his real father “was in the sky” and that she was a “kakka mummy”, implying that she was a bad mother. She regarded it as unfair that J was being burdened with these issues at such a young age, and therefore terminated the weekly visits. She did however invite the Heuers to visit J at her home.

[8] She now asserts that J has not any contact with the Heuers for the past three years, does not recognise them any longer, and is no longer aware that they are his biological grandparents. She believes that it is in J’s best interests if he were not made aware of the fact that her husband is not his biological father. She asserts that it is therefore not in his best interests to be re-introduced to his paternal grandparents because “he is still too young to deal with the complexities associated therewith.”

[9] The family advocate and family councillor, Twanette Labuschagne, concluded that the relationship between Lee-Ann and the Heuers’ has broken down to such an extent that contact with the minor child should not be forced. They are of the view that Lee-Ann’s stance that she should be the person to tell J about his biological father, is reasonable. There is no guarantee that the Heuers will not discuss this issue with J if they are allowed to re-establish contact with him. According to them he believes that Lee-Ann’s husband is his father and the truth would, at this stage of his development, be upsetting and confusing for J.

[10] It also appears from their reports that Lee-Ann’s attempt to blame the Heuers for J’s behavioural problems are misplaced. Dr. Anthea Klopper, who had assessed him last year, concluded that he was considerably behind other children of his age group in various developmental areas. It appears that he had been diagnosed with Attention Deficit Syndrome, and that Lee-Ann has refused to allow him to take the usual medication prescribed for this condition, namely Ritallin. She had instead decided to try alternative medication.

[11] Mr. Cole, who appeared for the Heuers, relied on section 23 of the Children’s Act, 38 of 2005 (“the Act”), which allows any person who has an interest in the care, well-being or development of a child to apply to court for an order granting him or her contact with the child, or care of the child.

[12] When considering such an application the court is enjoined to consider, inter alia: (a) the best interests of the child; (b) the relationship between the applicant and the child, and any other relevant person and the child; and (c) the degree of commitment that the applicant has shown towards the child.

[13] In terms of section 7 of the Act, the Court must, when determining what is in the best interests of the child, have regard to, inter alia:

(i) to remain in the care of his or her parents, family or extended family; and

(ii) to maintain a connection with his or her family, extended family, culture or tradition.”

[14] The Act therefore recognises that a child is a social being, and that members of the extended family, more often than not, play an important part in a child’s social and psychological development. Grandparents, more than other relatives, usually take a keen interest in the upbringing of their grandchildren and this relationship, provided that it is kept within reasonable bounds and do not interfere with parental duties and responsibilities, often assists and compliments parental care. There can therefore be little doubt that it is usually in a child’s best interests to maintain a close relationship with his or her grandparents.

[15] The family advocate has however correctly pointed out that the initial contact between the Heuers and J was not appropriate for his age, and that he should never have been allowed to spend almost every weekend with them. It was almost unavoidable that this arrangement would cause problems between the Heuers and Lee-Ann. It is instructive however that even after she had ended this arrangement; she was still prepared to allow the Heuers to continue to visit J at her house, and had in fact invited them to do so. This was despite the fact that she was at that stage of the view that the Heuers had failed to support her after D’s death, and that they had made inappropriate remarks to J concerning her and her husband. It is indeed a pity that the Heuers did not take her up on that offer. I am however not convinced that they were entirely at fault in this regard. It appears that Lee-Ann had deliberately made it difficult for them to take her up on her offer. She had effectively barred them from seeing J for the past three years and now uses that fact as justification for her refusal to allow them further contact with him.

[16] Her assertion that it is not in J’s best interests to be told who his biological father was, and about his affinity to the Heuers, just does not make any sense. One wonders at what stage such a revelation would then be appropriate. One also shudders to think of the unavoidable damaging psychological consequences for J if he is in due course (and at an advanced age) informed about his biological father and his grandparents, who unbeknown to him, have been living only a few kilometres from him.

[17] I am therefore not convinced that the reasons proffered by Lee-Ann and the family advocate for refusing to allow contact between J and his biological paternal grandparents are valid. For the reasons which I have stated above, contact between a child and his or her grandparents must be encouraged, unless there are compelling reasons to prohibit such contact. In this case there are none. It appears that Lee-Ann is only motivated by her own personal difficulties with the Heuers, and has not seriously considered what would be in J’s best interests.

[18] I am however of the view that the extent of the access sought by the Heuers is too wide, and it would not be in J’s best interests to allow contact on that basis. The contact initially allowed by Lee-Ann was inappropriate and unsustainable. It was for that very reason that the relationship between her and the Heuers had soured.

[19] The contact must therefore be carefully circumscribed in order not to interfere with Lee-Ann and her husband’s parental responsibilities. After she had terminated the previous arrangement, Lee-Ann had invited the Heuers to visit J at her house. This in my view was the right thing to do. She clearly believed at that stage that it was in J’s best interests to have contact with his grandparents.

[20] In the circumstances I am of the view that it would be in J’s best interests if the Heuers are allowed to visit him at his parents’ home, or any other place determined by Lee-Ann and her husband. The order which I intend making in this regard is designed to allow a reasonable transitional period for the parties to mend their severed relationship which, by all accounts, appeared to have flourished before the fall-out. I have assumed that they all have J’s best interests at heart, and expect them to always put that foremost in their minds. The successful implementation of the order will depend on their utmost good faith, and I caution them to act at all times within the letter and spirit thereof, and in J’s best interests. One would hope that in the near future they would be able to agree to an extension of the terms thereof to allow J greater access to his grandparents.

[21] Regarding the question of costs; the applicants were successful and would ordinarily have been entitled to their costs. It is however inevitable that any attempt on their part to recover costs from the respondent will put further strain on their relationship and inevitably impact negatively on their attempts to re-establish a close relationship, with their grandchild. I am therefore of the view that such a costs order would not be in the best interests of the child, and in the circumstances it would be appropriate for each party to pay his or her own costs, including the reserved costs of the hearing on 24 July 2012.

[22] In the result the following order shall issue:

916 thoughts on “Grandparents also have rights!”