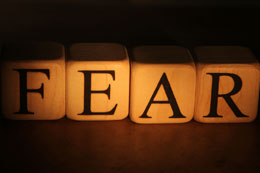 There are cases in which the father is responsible for attempting to alienate the mother, and for this purpose, the parent trying to exclude the other parent will be called the alienator and the parent being excluded the target.

Alienating parents often feel very insecure about their own relationship with their children and almost feel that if they don’t alienate the other parent; they will be the one that is excluded. They precipitate this with the children with terms like “Your (target parent) doesn’t like me to be with you”. The PAS then rears its ugly head with further comments about the target parent that are clearly derogatory and undermining the healthy relationship the children have with the target parent.

More obvious alienation tactics by the alienator are precipitated by hatred of the target parent and such tactics are quite blatant. The alienating parent will begin to only describe and remember everything bad about the marriage relationship and relationship with the children. (Remember that time your dad yelled at you…he did that a lot…) These actions of the alienator reflect on the target parent’s unworthiness as a parent and spouse.

1,443 thoughts on “The Personality of Parental Alienators”