Warning: "continue" targeting switch is equivalent to "break". Did you mean to use "continue 2"? in /usr/www/users/jwpriuvxfz/wp-includes/pomo/plural-forms.php on line 210 5 POSITIVE LESSONS CHILDREN LEARN FROM DIVORCE 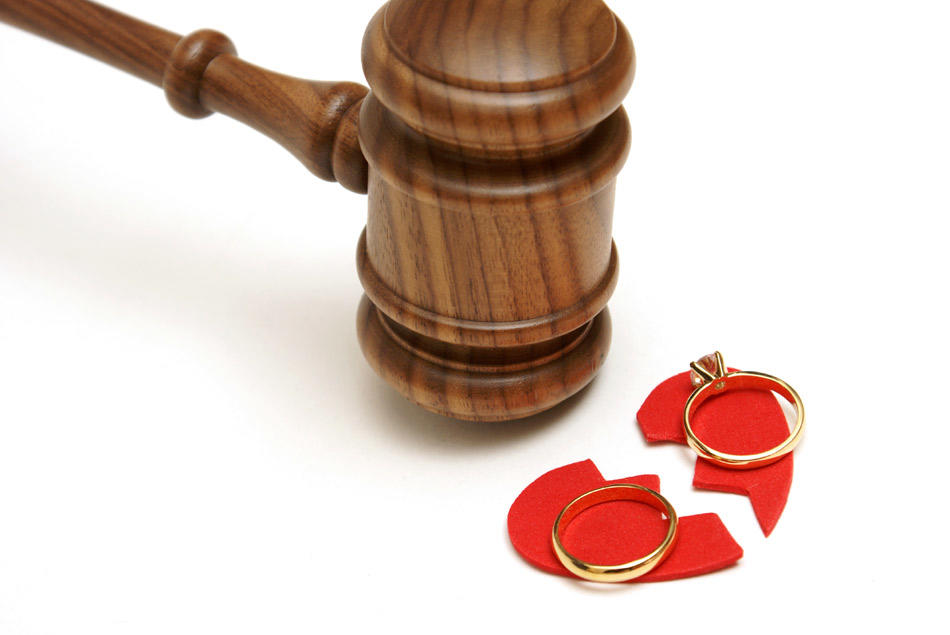 Many parents worry their divorce will negatively effect their children. However, one psychologist says divorce can have a positive impact on kids.

Your parents, a best friend, perhaps even yourself—most Canadians have had some experience with divorce. In 2008, Statistics Canada estimated that 41 percent of Canadian marriages would end in divorce before their 30th wedding anniversaries.

Despite this forecast, the actual number of divorces in Canada declined between 2007 and 2008—the most recent years studied by Statistics Canada—but the heartbreak that accompanies a divorce is still very real for many Canadian children. Thankfully, not all kids grow up to carry scars from their parents’ split. Here are five positive life lessons children can learn following a divorce.

1. They become resilient and adaptable
For Gabrielle Domingues, a Toronto media specialist and married mother of two, her parents’ divorce taught her how to roll with life’s changes. “Divorce made me more adaptable to varying lifestyle situations,” she says. “My dad lived in a different city for years, so I was more attuned to having more than one resting place with different people and things. That’s a useful skill to have.”

Dr. Lisa Ferrari, a Vancouver-based clinical psychologist, says Gabrielle’s hunch is bang on. “A natural byproduct of going through divorce is that you are required to be more adaptive,” she says. “You’re in a situation where you have to develop coping strategies to deal with physical and psychological space transitions.”

2. They become more self-sufficient
Tara Richmond, a married mother to a six-year-old son and a marketing and media consultant in Collingwood, ON, found that her parents’ divorce made her more confident in her own abilities. “Having a mother working full time after my parents’ split taught me how to be more self-sufficient,” she says. “I went home after school by myself and often started dinner. At age 11, I was doing laundry, and small grocery shops. I really relished my time alone at home. I got to know myself.”

The new economic challenges that come with having a single-parent income often result in the child becoming more responsible for household chores. “It’s logical that divorce offspring would view themselves as more self-sufficient, and see this strength as a positive outcome of their parents’ divorce,” says Dr. Ferrari.

3. They develop an increased sense of empathy toward others
A change in the family unit can make some children more sympathetic to the problems of others. “I think I am more accepting of people, their situations and circumstances,” says Tara. “My parents were the first of my friends or family to get a divorce. It was 1980, so there was still a stigma.”

Dr. Ferrari says that she sees this caring trait in the kids of divorce who frequent her practice. “When their peers have family problems, it’s very relatable for them,” she says. “I find that they can be quite empathetic.”

4. The idea of marriage isn’t taken for granted
“Coming from divorced parents, I have a heightened understanding to the stakes [in marriage], which hopefully makes me a more conscientious spouse,” says Gabrielle. I feel a certain pride that my marriage is strong and happy when my parents’ wasn’t, like I’m succeeding where they didn’t.”

“I’m not surprised that’s something Gabrielle’s proud of,” says Dr. Ferrari. “Even at a young age, kids want to create something different after they’ve experienced the hurt that comes from the separation of their parents. They say that they’re going to do this better than their parents, or not do it at all. Gabrielle’s doing it, and she’s changing her history.”

5. They learn more through quality time spent with each parent
Not all kids of divorce spend less time with their parents. “I got to know my parents on a different level by spending so much time with them individually,” says Tara. “I think my relationship with each of them became closer and we learned a lot about each other.”

Like Tara, the kids in Dr. Ferrari’s practice often mention this plus. “The biggest positive I hear from the kids and see first hand is that they spend more time with dad, especially if their family structure was more traditional [pre-divorce],” she says. “When the parents move into a shared role, the kids find they get more time with their fathers.”

While it’s more common for a child, or adult, to recount negatives from their parents’ divorce, Dr. Ferrari says that the legal community is adopting changes that suit the children’s best interests. Hopefully, these adjustments will facilitate more positive outcomes. “We’re moving towards alternate dispute resolution processes such as mediation, so parents can go through divorce without involving court,” she says. “Engaging in co-parenting therapy lets mom and dad commit to parenting the kids the same way, despite no longer being married to one another. These changes are positive for kids.”