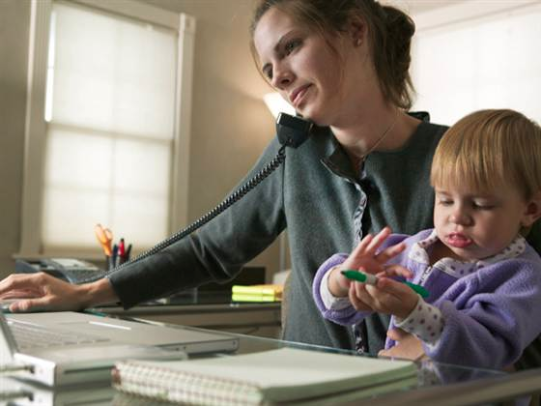 I’m a single mum with a professional career, always having been the “breadwinner”, and often sole provider, constantly stressed, but not showing that to the outside world…to the outside world, I have it together…I never walk out the door without makeup on and looking the best that I can on a given day, because that is what gives me the strength to face the world.

7 months ago, I moved to a city 1200 or so kilometres from my son’s father, Jack, to take on a unique work role heading up the South African entity of an international company, which will ultimately mean a better life for my son, James.

James is 9 and attending a fantastic school just a few hundred metres from home. James is a bright young boy, and is really tall for his age, so people (including myself sometimes), expect him to be more mature than he is, because he appears so much older than his actual years.

Jack and I got married when I was 21 and were married for almost 14 years…now divorced for 2 years – despite a court order that he should be paying maintenance every month, I have had not 1 cent from Jack since our divorce, which really does make things rather tough.

Jack is meant to fly James to see him during school holidays, but the upcoming school holidays look doubtful – I can’t continue to be Jack’s financial safety net and unfortunately it is James who is going to bear the brunt of his father’s irresponsibility, I wish I could shelter James from the heart ache.

The working week and all that goes with it:

Aside from the daily routine of waking, getting myself dressed and ready, making sure that James gets dressed and ready and that he has everything that he needs for school on any given day…only to get home in the evening with barely sufficient time to ensure that James has a quick shower, finishes any homework that he has, has dinner and gets to bed on time, together with all the home admin that goes with running a household without help other than a cleaner one day a week mainly just to help with ironing and a good scrub of the bathrooms and floors…

2 weeks ago, whilst sitting in a really important work meeting, I had an email from James’ teacher to let me know that he had, very uncharacteristically, had a rather emotional outburst in class! It came to my attention later that day that a child in James’ class had innocently asked him something about his father. James was missing his father a lot that day and just had an all fall down, refusing to do any more school work and writing across his page over and over that he hated his school (which he actually rather enjoys).

Reading the email from James’ teacher was tough, he’s not a child that gets into trouble at school and always has comments on his report card of how respectful he is with adults. One naturally starts to question…did I do the right thing moving James so far from his father, am I doing enough to support him emotionally, or with his school work etc?

Truth be told, where we live now, we have far more of a support base than we did before. James has some aunts and uncles and cousins 45 mins away, and we see them at least once a month, I have a friend from varsity who lives close by and whose son is at the same school as James (albeit one grade ahead), and we have family friends who live up the road from us who I’ve known since I was around the same age as James. James also has an au pair who helps me a few days a week to fetch James, cook and make sure he gets things ready for the next day on days where I have to work a little later.

James’ teacher had said that she’d get the school psychologist to have a chat with him, which she duly did and James seemed to be ok with the time he had spent with her. I scaled back on my work at home so that I wasn’t working at home whilst James was still awake, making every effort to spend more time with him, being alive to his sensitivity at the moment.

On Monday this week, I was sitting doing James’ homework with him, and I grew increasingly upset at the sight of the phrase “I hate [his school name]” written over and over in every book I picked up. For starters… “hate” was never a word that I was allowed to use growing up, and I still don’t today, and it is one that we don’t use at home either. I made him erase every single one of those phrases, acknowledging that he felt emotional and that it is ok to express how he feels, but that it is really disrespectful to his school, his teacher, and me, to be writing such things all over his school work. The more I read the words, the more I began to sob…I don’t usually break down in front of James like that, or at all really, but I just felt totally gutted! He kept reaching for my arm to touch it in comfort and apologise…I had no words. All I could think about was does the end (our move here and the life we’ll be able to have here) justify the adjustment hardships that James is facing at the moment and it clearly does, but golly gosh is the transition hard.

Living where we do, allows James and I to do so many outdoor activities…we ride our mountain bikes in parks and nature reserves and other farmlands, we explore different beaches and do the park runs on a Saturday morning. Weekends are adventures, there’s so much for us to explore.

I love spending time with James, make no mistake, but bear in mind, that he’s an only child and I his only company at home…aside of course from his beautiful dog who is as gentle as he and as tall and gangly as he, but for the most part, I am James’ company…I haven’t had our tv connected for about 5 years now, though we do watch the odd dvd together. Mostly, if we’re not doing anything in particular, James is pretty good about entertaining himself with his lego, or drawing or something similar. During the week there is a routine, but over the weekends, we are each other’s only company…which leads me to my next point…

Whilst I certainly don’t need a man in my life to lean on financially, I would like a partner in life to share life with…to come home to and share a glass of wine with over great conversation, or to be a sounding board, or just simply to hold me in his arms…

I essentially run a company…for some reason that seems threatening to many men…what many men don’t get though is that at work I HAVE to be in control all the time, at home I really don’t want to be! Even James, at his tender age, opens doors for me, which I honestly treasure…because being an equal partner in life, and being treated like a lady are things that are not, contrary to popular belief, mutually exclusive concepts!

Wanting to be treated like a lady, one has to remember to BE a lady! I wonder if men actually realise sometimes the admin that is involved in keeping oneself looking presentable! I don’t just mean the time that it takes to get dressed, do one’s hair and makeup for a date, but making sure that one is hairless where one should be, that one’s skin doesn’t feel like leather, one’s hair doesn’t look like it was dyed 2 years ago, ensuring that one’s feet don’t look like cracked, dry mud, and one’s hands are soft and manicured! All this whilst running a household with minimal outside help, taking care of one’s child’s needs 24/7 and running a business…

Admittedly, I have gone onto one or two dating apps, and wow, one certainly comes across an array of people! Being new to this town, I realised that being in my late 30’s, and a single mum I honestly didn’t know where else to actually meet anyone…of course I go to the gym, but honestly, I go to the gym to work off some frustration as well as to attempt to get fit, it certainly isn’t a place I’d remotely think of flirting with anyone, as it’s probably one place that I feel the most unattractive and try to draw as little attention to myself as humanly possible!

Mind games seriously are not my thing…if I message someone, it’s because I’m thinking of them and would love to hear from them too, not because I have some elaborate plot in the back of my mind…I loathe having to read and re-read messages before I send them for fear that they may be misinterpreted, or come across as too forward etc.

Some of the men that I’ve met up with over the last few months have been divorced fathers…men…when you meet up with someone that you have a good connection with and chat in the week etc, don’t go complete radio silence when you have your kids! I COMPLETELY understand wanting to spend quality time with your children, especially if you only have them every other weekend, and completely admire the fact that you’re putting technology aside to focus on your kids, but children go to sleep at some stage and I honestly don’t get how a man can’t just drop a one liner even…been busy with the kids all day, but was thinking of you and hope you had a great day! It really doesn’t take much!

Men, I get that you have other pressures in your lives and that you don’t just have it easy either, but it would be nice for you to remember, that no matter how powerful a position a woman has in the business world, it takes an enormous amount of courage to step out of one’s comfort zone and put oneself out there to meet new people…so it goes back to the timeless adage of do to others as you would have done to you…

Ladies, there is so much more to you than the fact that you’re a mom…try not to be so hard on yourselves…remember to pamper yourselves now and then (even if it means you giving yourself a manicure) and put yourselves out there regardless, because as cynical as my article may seem, I do believe that people come into your life for a reason, a season or a lifetime…no matter which it is, embrace it, acknowledge it for what it is and look for the lesson in it for there is always something to be learnt from every relationship…romantic or not.