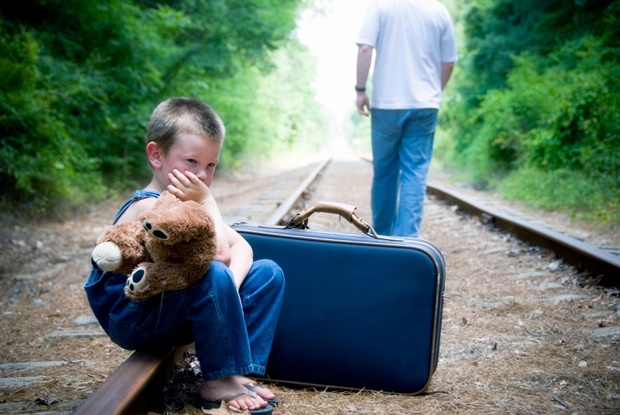 A world-record-breaking near two thirds of South African children grow up in homes without fathers, and our country has the distinction of having one of the highest global rates of single motherhood.

Research conducted in the past five years by the Human Sciences Research Council (HSRC) and the South African Race Relations Institute (SARRI) found that 60 percent of SA children have absent fathers, and more than 40 percent of South African mothers are single parents, compared with 25 percent in the US and a developed world average of just 15 percent.

Why are so many of our fathers absent?

You are far more likely to be raised in a single-parent household if you are both black and poor, the SARRI study found. Single parenting correlates strongly with class and race. Yes, poverty disrupts familial stability anywhere in the world.

But in South Africa, apartheid damaged the very structure of family life: without the ability to own land and live close to their low-paying jobs, black men were subjected to the migrant labour system that took them away from their families for months or years at a time. Geographically disrupted families are still the norm for many South Africans.

Many young people, products of this background, are becoming parents now, and know only that they don’t want to replicate their own experience of being parented. But they don’t know how, says Tracy Engelbrecht, who wrote The Girl Who Couldn’t Say No about her own experience of teen parenting, and who runs the Young Moms Support Group in Cape Town.

She says women she counsels understand the need for fathers in their families, and that the “number one question” she encounters from young mothers is, “How do I get the father to be interested in being there for the baby, even if we are no longer a couple?”

But many young women, despairing of receiving emotional sustenance or a stable family life from their partners, treat them as cash cows instead. They reduce their hopes and expectations of a partner to the lowest common denominator: a father is a person who pays papgeld.

A case of mistaken identity?

In his book, Daddy Come Home, South African actor Zane Meas speaks of the danger of too narrowly defining fathers only as breadwinners (and secondarily, as disciplinarians, or moral guardians, sex role teachers, or maybe one or two other tightly demarcated roles). He says that South African men need to be taught that they, like women, “can also just love and be with their children”.

He adds that knowing one’s father can give a child a sense of identity and connectedness, a sense of his place in the world; it allows him to know his name, his ancestors, and his place in history.

Also read: Should your kids have godparents?

The more children grow up in homes and communities where only mothers are involved in childcare, the more they might learn that there is no space for boys or men in families. Tracy says, “Young men ask me, ‘How can I be a good father if I’m not working?’ So many boys equate fatherhood with financial support.

They believe if they can’t provide, they have nothing to offer. They have never thought of the other important aspects of parenting, like emotional and physical support, love, guidance, teaching and being a good role model. It is exciting to introduce boys to the idea that there is more to being a good man. They take to it very well.”

We all need another hero

Fathers are important for many reasons. The SARRI report quotes research which found that “the presence of a father can contribute to cognitive development, intellectual functioning, and school achievement. Children growing up without fathers are more likely to experience emotional disturbances and depression.

Girls who grow up with their fathers are more likely to have higher self-esteem, lower levels of risky sexual behaviour, and fewer difficulties in forming and maintaining romantic relationships later in life. They have less likelihood of having an early pregnancy, bearing children outside marriage, marrying early, or getting divorced.

These findings correspond with research from the United States, where it was found that the absence of fathers when children grow up was one of a variety of factors associated with poor educational outcomes, antisocial behaviour and delinquency, and disrupted employment in later life.”

And that’s just the children. We probably don’t need academic research to tell us that women who can share the burden of childcare and its emotional, financial and other responsibilities are better off than those who face the parenting challenge alone.

Fathers are important – although clearly, an absent father is preferable to an abusive one. So before you panic about finding a male life partner, we suggest that a child does not absolutely need either a father or a mother, he needs good caregivers who love him.

There is no evidence that women who choose to or must raise children alone or in same-sex marriages or intergenerational all-female arrangements are disadvantaging their children.

In fact, W. Bradford Wilcox of the World Family Map project writes that, as opposed to the developed world, “Children living with single parents in the developing world often live with and depend heavily on extended family members who can buffer against the absence of a second parent, usually a father.”

Also, a Botswana study cited by the SARRI says, “Children are not necessarily disadvantaged by the absence of their father, but they are disadvantaged when they belong to a household without access to the societal position, labour, and financial support provided by men.”

Having said all that, a father who chooses to absent himself from his child is a loss for both. Educated, relatively wealthy single mothers may have the time and resources to provide their children with a network of positive role models in the form of daddy “replacements”: relatives, friends, teachers, community and sport club leaders – as well as an appreciation of the importance thereof.

It is for this reason that Kevin Rutter, the founder of Fathers In Africa, now devotes his working life to the project of “getting to the character of our young men”. Along with Erna Rheeder of the Suid-Afrikaanse Vroue Federasie (SAVF) he has launched a programme called Boys Will be Men, which challenges high school boys to be better men via a mentorship programme.

The idea is to find role models that boys will be able to emulate, drawn from teachers, community leaders, and men in the community.

We need to shift our attitudes to fatherhood, and it starts with each individual: whether you are a father figure who models good values or a mother who raises a boy to be a good man.

Whether you influence your home, school network, community or, like Kevin’s and other NGOs, the whole country, you do have an influence. In the midst of the overwhelming fatherhood crisis in South Africa, we can only suggest you start there.